Video Production Vienna got an assignment from an international corporation to film with Georg Kapsch, the CEO of the Kapsch Group and Kapsch TrafficCom. We have interviewed Mr. Kapsch at the headquarters of the Kapsch Group in Vienna. The company was founded in 1892. It is still, until today is a family-owned business.  Today Kapsch is a globally-operating technology group with around 7,200 employees. The Kapsch Group comprises the four entities Kapsch BusinessCom, Kapsch CarrierCom, Kapsch PublicTransportCom, and Kapsch TrafficCom, and focuses on the fields of communication and mobility. 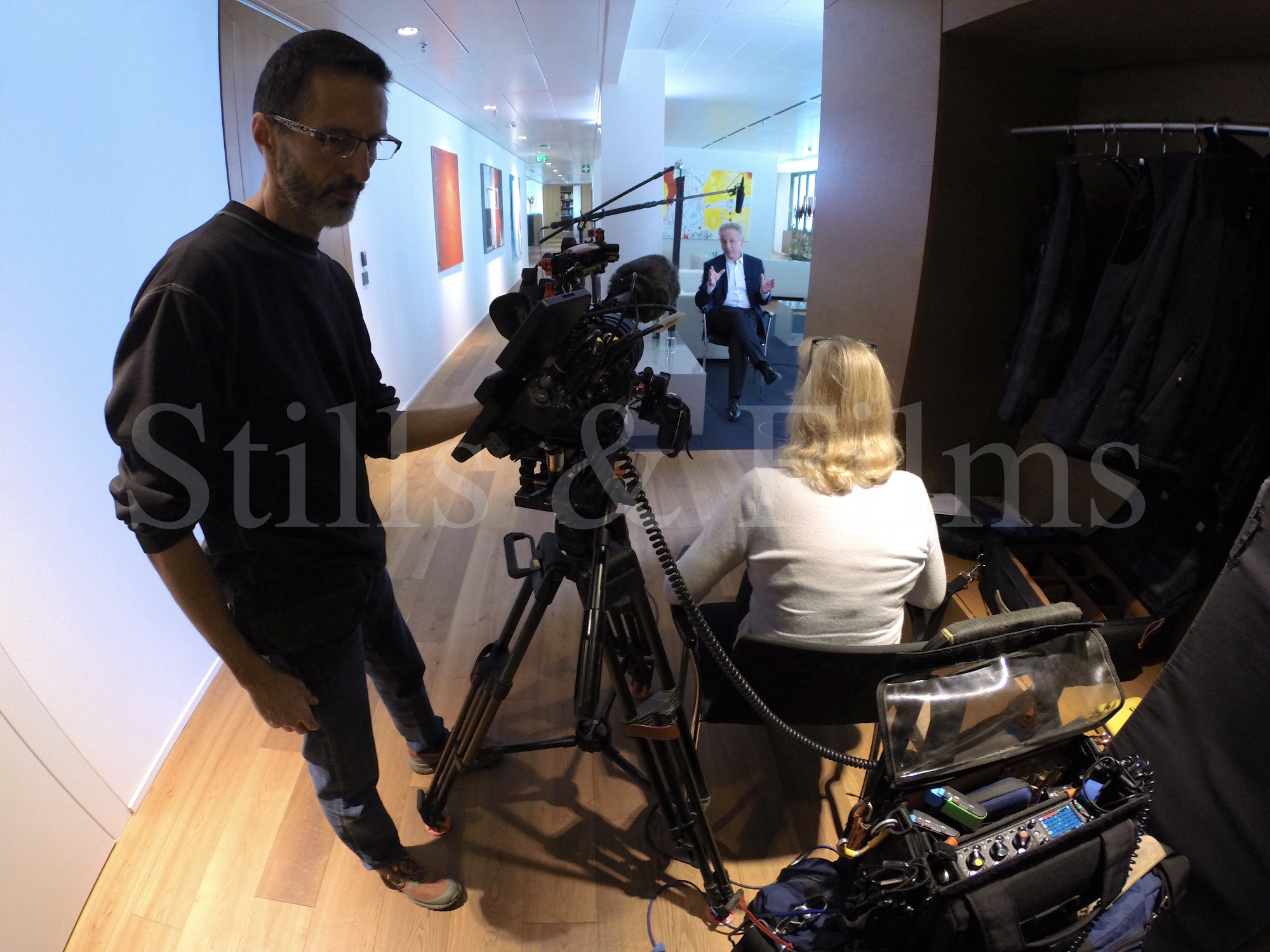 This shoot was done with Canon C300 Mark II. digital cinema camera with cinema zooms and primes. We were filming in 4 K and in C-log. The interview was shot on a Tokina ATX 50-135mm cinema zoom. This cinema zoom is only T3, but we were playing with the shutter on the C300 Mark II. to completely defocus the background. The achieved shot was very nice and pleasing to the eye. For lighting we were using flicker-free Kino Flo Diva Lights 401  and Dedo 150 W spot lights. Since we were filming in a 50 Hz environment with an NTSC standard on camera, it was important to kill all the local lights and use only our flicker-free broadcast lights to avoid any interference in the shots. Audio was done by a Sennheiser MKH 416 shotgun and Sennheiser AVX wireless system on separate channels. The mixer we used was the Sound Devices 633 digital mixer / recorder. Audio files with time code attached were recorded separately on the Sound Devices 633 mixer in order to ftp it to the client right after the shoot for scripting purposes. After the interview we also filmed some b-roll with Mr. Kapsch in his office.