This client worked with us earlier in Vienna, Austria and came back to us for video production support related to a medical conference in Munich, Germany. The idea was to record on video three person panel discussions about a specific medical topic. The client being a non-profit organisation was on strict budget for this filming. Unfortunately they did not have a budget for an ideal three camera set-up. Video Production Munich people had to do the filming relying only on two Canon 4K digital cinema cameras. We used a Canon XC 10 compact camera for the wide shot. The close-ups were filmed with Canon C300 Mark II. Both cameras were filming in C-log. Obviously, in a two camera set-up the close-up shots are sometimes difficult to film, when the talents turn to their discussion partners for eye contact. Wherever we are placing the close-up camera, we would film lots of profiles, which are not nice in video. Our aim was to see both eyes of our speakers in the close-ups.

In order to achieve this in the best possible way, we employed our ProSup Tango Roller 2 meters long professional slider (German quality) for heavy cinema cameras. With the slider we were able to move to far left and right to achieve the best possible filming angle to see both eyes of our speakers. Still it was difficult, because the second camera recording the wide shot had to be really high to have a clear view of the speakers without showing the close-up camera in the frame. Our DOP, Tom had to be sitting on the floor manning the C300 Mark II. and avoiding to be seen on the wide shot. Here is a picture how he had to film during the first panel discussion: 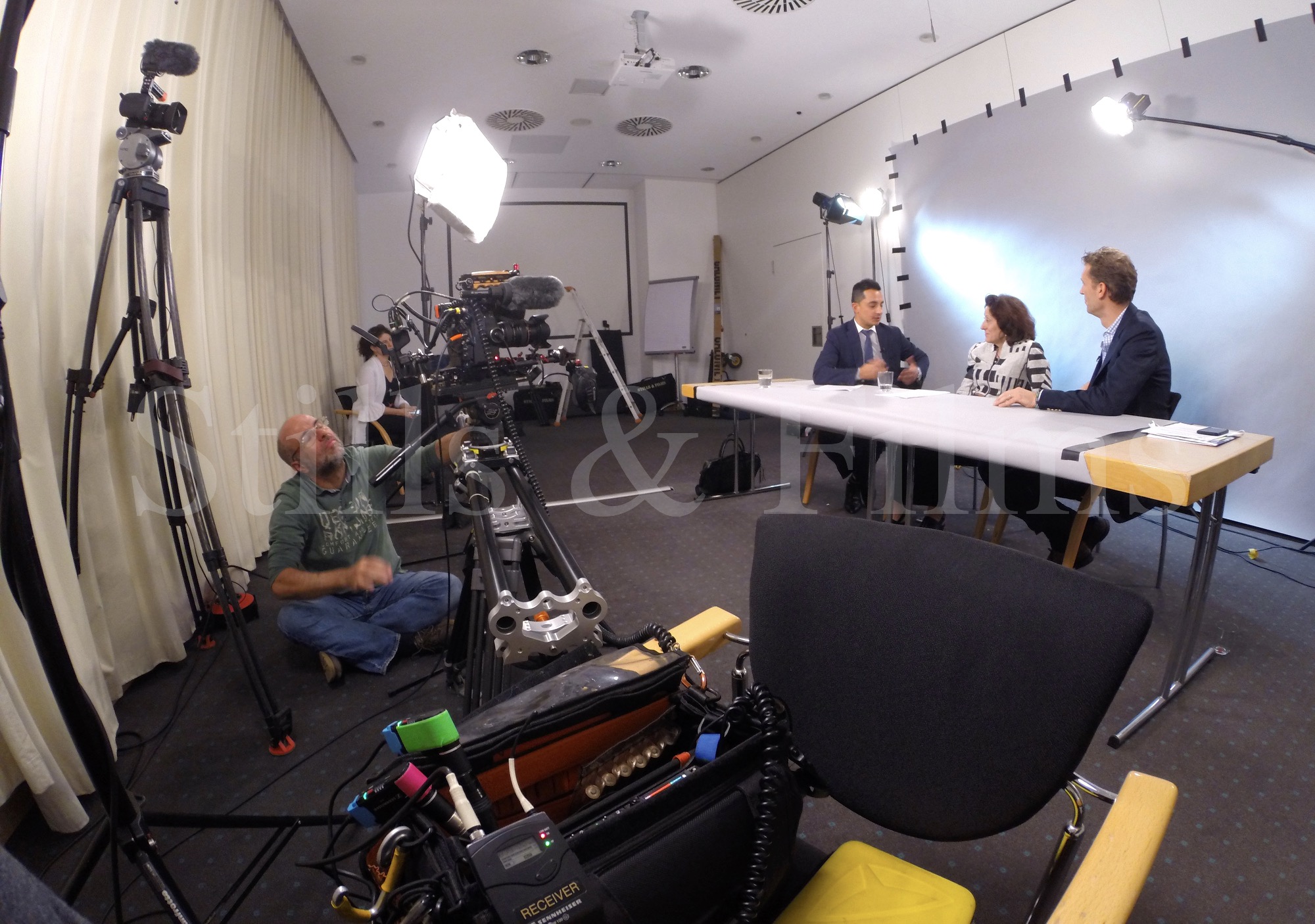 Tom sitting on the floor while filming, not ideal.

Thankfully, this was really bugging him, so he came up with a good idea placing the Canon XC 10 on a crossbar right above the Canon C300 Mark II. Only needed a couple of Manfrotto clamps and a crossbar plus two light stands to achieve the new set-up.  This way of camera placement both cameras had a proper clear view of the talents and he could man the close-up shots standing. The camera taking the wide-shots was placed in a much lower, almost eye-level position, than before. Here are some pictures of the final camera positions: 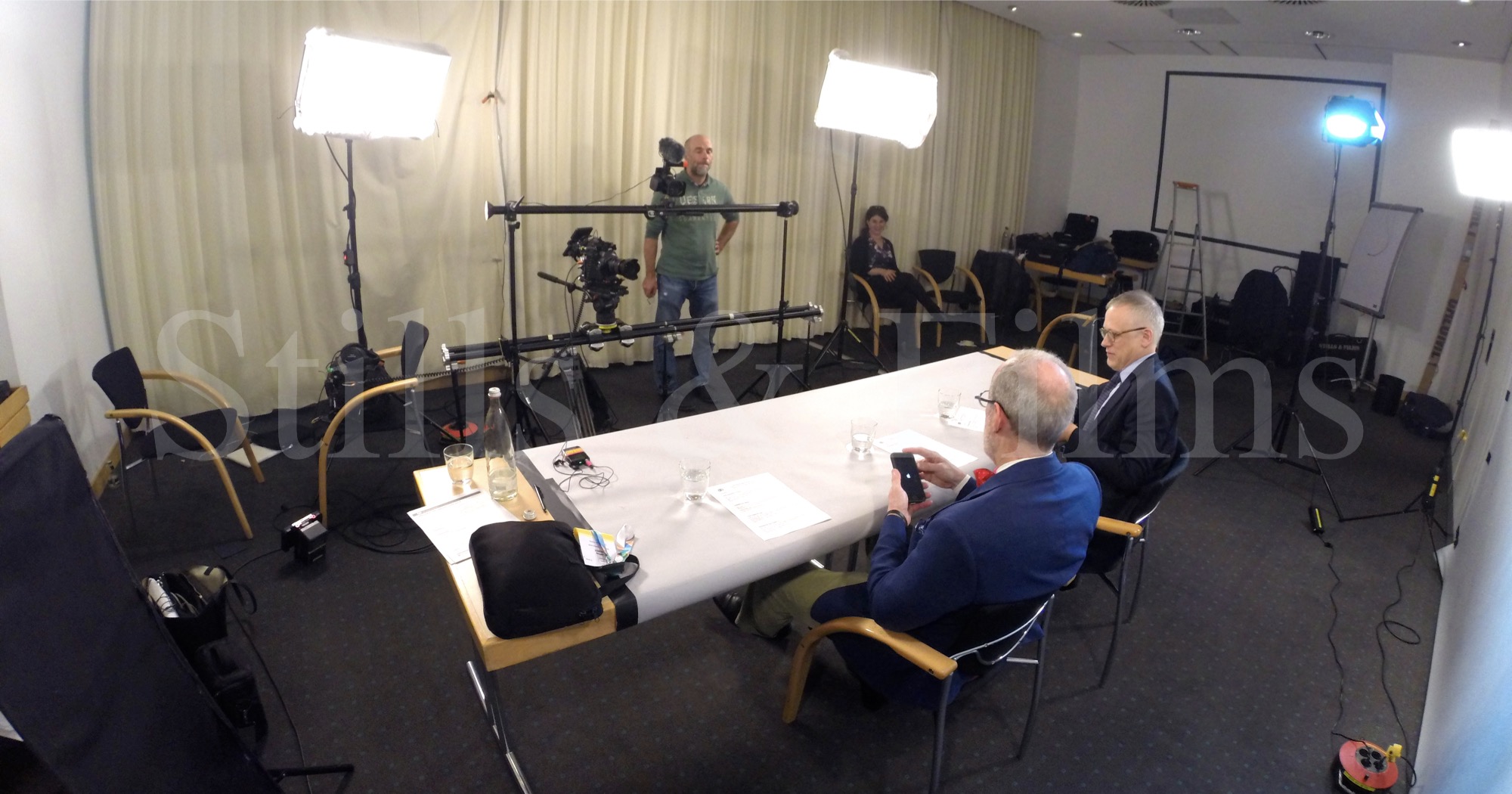 Canon XC10 on a crossbar 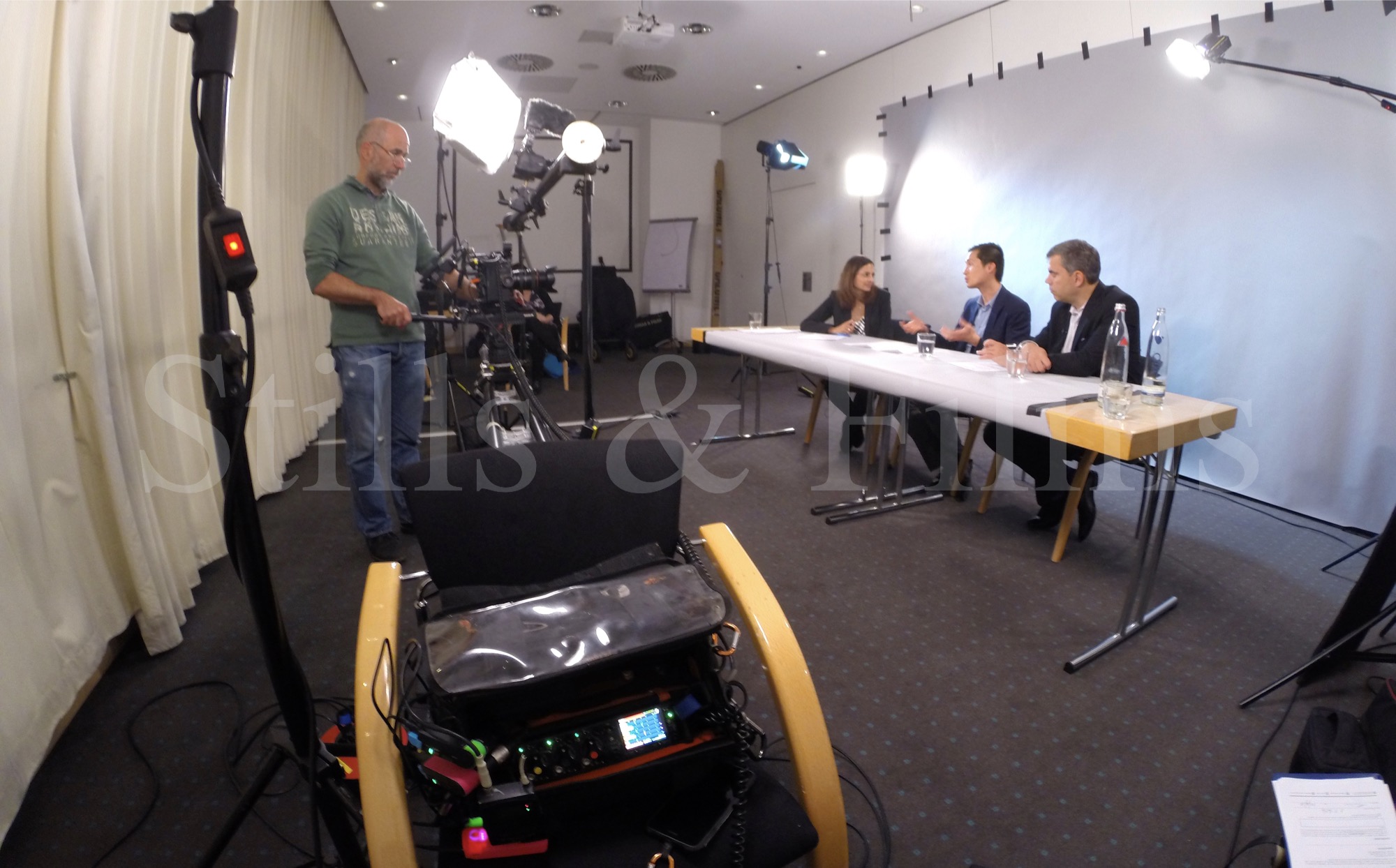