In the last couple of years our video crews filmed various film music recordings for broadcasters and Hollywood film studios. We were involved in filming such events in Budapest, Bratislava and Vienna. Our first film music recording on video happened in Budapest with Matt Clifford, the musical director of the legendary rock band “Queen”.  The end client on this shoot was TV3 Denmark. We filmed in the Hungarian Radio’s symphony orchestra. 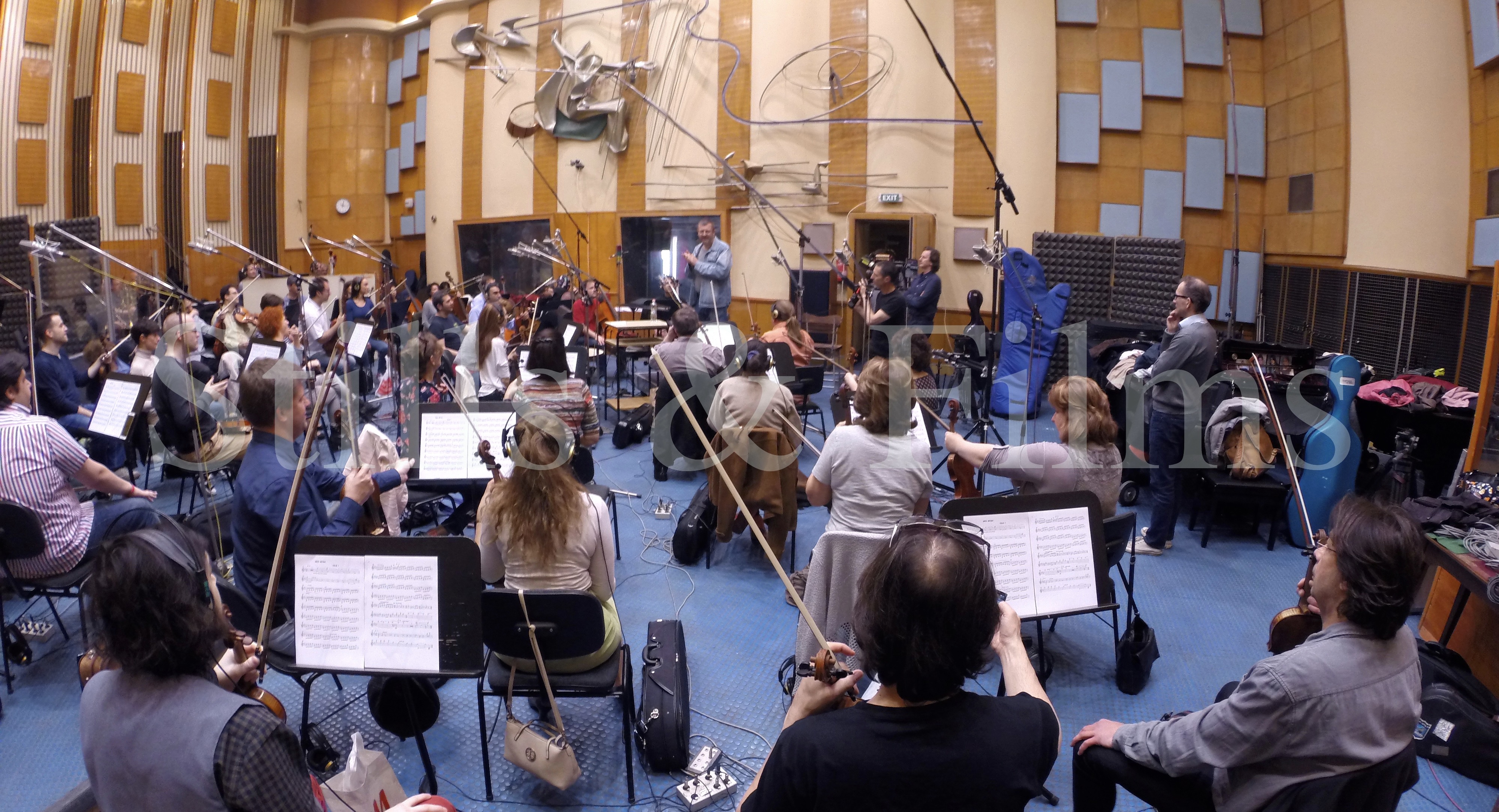 On another film music shoot in Budapest we filmed with Anna Vinnitskaya, Russian pianist, who has won several international piano competitions and received numerous awards. We filmed with her for Italian television RAI.

What we have learned from these and other film music recordings in Bratislava and Vienna, that getting multiple angles is an absolute necessity to make  filming interesting, varied, and comprehensive. We are always try to get an array of wide shots and close-ups, and will feature each member of the orchestras. This is usually not easy, as the video crews have to be almost silent, move around the set very discretely to avoid distraction and unwanted noises. In addition to lighting restrictions, during recordings it is expected, that nobody moves in the stage. This means, that the DOP-s have to be on tripod most of the time and move only in recording breaks. Due to this limitations in movement, getting enough of different angles for one camera team is difficult. We always recommend our clients to involve at least two video crews to get enough good footage. That being said, one mistake is there to be avoided and that is too much coverage, more specifically, useless coverage. In case of multiple cameras set up, each shooter needs to know exactly what to concentrate on, what footage is expected from him. Without such planning part of the filming going to be nothing but a waste of time, space, and resources.