Around 3 years ago, our main clients started to change their requirements. They were asking for different video cameras than ENG for the shoots. Professional video cameras are always the biggest investments (and the shortest unfortunately) for video production companies. We had to think really hard how to proceed. Came the day, when we were ready to sell our beloved Sony PMW 500-s and Sony PMW 350-s, in order to switch to digital cinema cameras.

But the big question was, what to buy?

Arri Amira-s were expensive and only 2K capable, the Red line was too expensive and not very popular in Europe. Both camera systems seemed to be an overkill for what we were doing. Sony PXW-FS7 was already on the market, but our first encounter with it was a shocking one. NBC’s “The Voice” talent show asked us to film a singer feature for them in Budapest, Hungary. We rented an FS7 locally. The camera seemed cheaply made, but the worst was the weak E-mount, which Sony took from the small photo cameras onto this big cinema camera. Pure nightmare. The heavy cinema lenses, except the mediocre Sony stock lens, the Sony SELP28135G (35 mm full frame lens 28-135 mm) were wobbling in the mount, scaring our DOP to death (later Sony with the production of the FS7 Mark II. with lever lock type E-mount corrected this serious design flaw).

So what to buy? Which digital cinema cameras to consider?

We were hearing from the UK, where large number of our clients are based, that freelance cameramen were buying the Sony FS7-s like crazy, because it is really cheap and the specs look good on paper. We were not happy, because we did not like the FS7 at all. We did not like the colour, the slow and annoying menu system, metabones and of course the shitty E-mount. 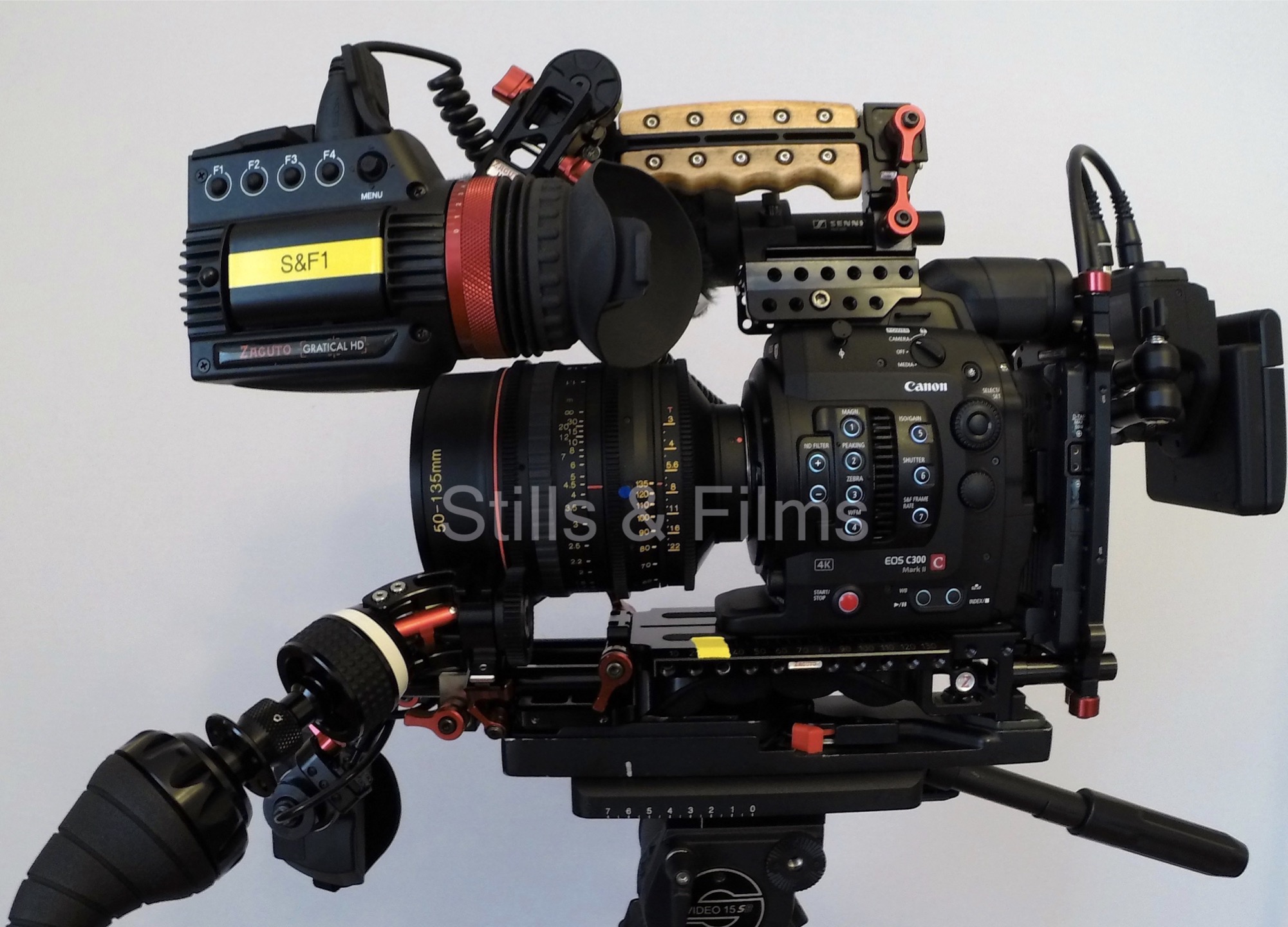 We decided to swim against the flow and buy the much more expensive Canon C300 Mark II.-s with the Zacuto recoil rigs, which just came out at that time. We never regretted our decision. The camera is built like a tank and screams quality at every turn. It’s image is more photo-centric, the light falls off the subjects in a much more pleasing and natural way. The colour is fantastic. Skin tones finally look as they should. While looking at the subjects we are filming and looking back at the monitor there is no difference. What you see is what is recorded.

Beside that, what we love about this camera: